Applicants aged 49 is married and has seven daughters (3 people working, two people are still secondary school and a primary school, and a 4 years old). The applicant has also taken an adopted son who is 8 months old. The applicant worked as a security guard with revenue RM1440.00 a month while his wife worked as an assistant canteen with revenue of RM400.00 per month.

Sick and needs:
Previously, applicants had received aid from MAIPk totaling RM3,847.80 for the supply of milk for 2 months following the approval of the meeting of the Inter-JKBMP 14/2015 dated 30.07.2015. Now the applicant wishes to apply for aid ofÂ  milk Mamex Gold PTI. Cost per month for these products is RM1,285.20. This milk is recommended by pediatricians.

For the record after running out of comidagen milk received from MAIPk, the applicant has provided a common formula for the adoptive child. But adoption applicants have suffered complications due to allergies to common formula that which she experienced vomiting, diarrhea, fever and become less active. The baby was admitted to hospital after being found to have metabolic acidosis due to vomiting and diarrhea did not stop.

Recommended products has a complete nutritional diet and meet the needs of patients and it is easy for digestion and absorption of nutrients in the gut that
they are not available in other products. 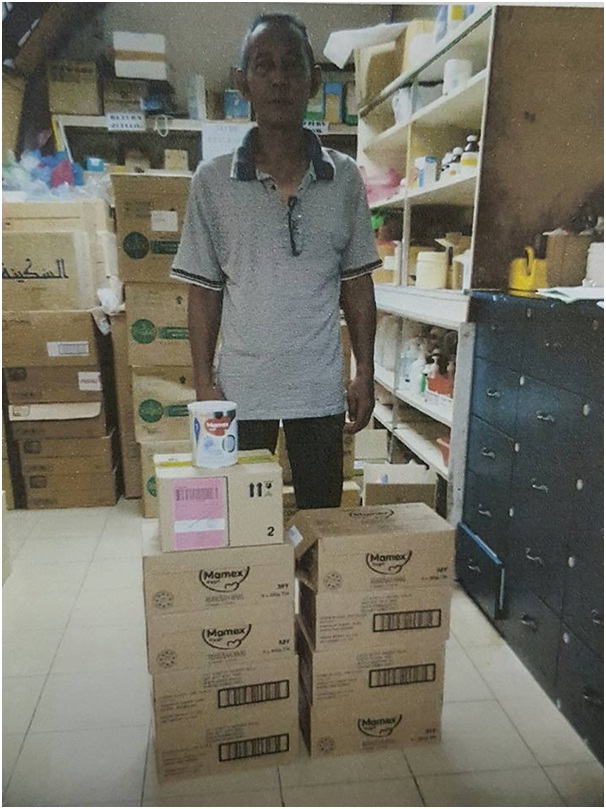